Arsenal have reportedly rekindled their interest in signing M’Baye Niang from AC Milan in the summer transfer window, according to reports in Italy.

Transfermerketweb is claiming that the Gunners have made enquiries about the 22-year-old after being previously linked with a move to sign the centre-forward.

The same article reports that the north Londoners face stiff competition from Premier League rivals Everton to sign the France Under-21 international this summer. 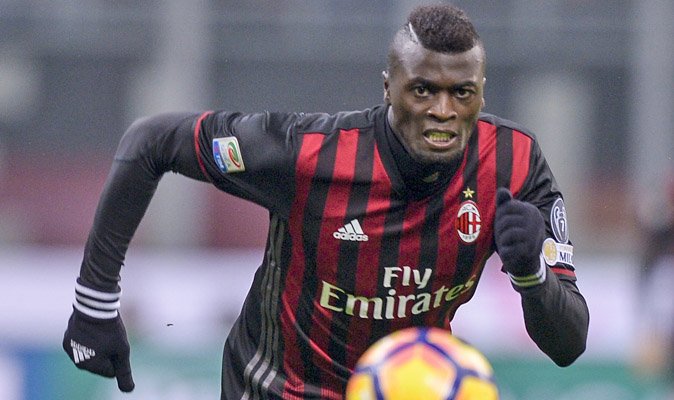 Niang, who plays for Premier League outfit Watford on loan – has two years left on his current Milan contract following a move from Ligue 1 side Caen in 2011.

The FA Cup Champions are in the transfer market to sign a striker this summer as manager Arsene Wenger looks to revamp his squad ahead of the 2017-18 campaign.

Arsenal finished in fifth place in the league table last season to miss out on a place in the Champions League next term.