Arsenal and Paris Saint-Germain will fight it out for Atletico Madrid midfielder Thomas Partey this January.

The Gunners are weighing up their options due to the uncertain future of Aaron Ramsey, who is running out of his contract at the Emirates Stadium. 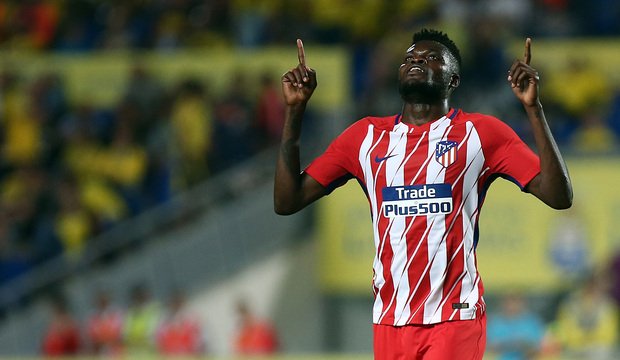 Ramsey, 27, looks likely to leave the north London outfit next year, although the Premier League giants could look to cash in on the Welshman in January rather than losing him on a free transfer next summer.

Ghanasoccernet reports as quoted by The Express that Arsenal manager Unai Emery has identified Partey as an ideal transfer target, having also kept eyes on the 25-year-old playmaker during his time in charge of Sevilla.

Partey has made 50 appearances for Atleti last season as they won the Europa League and second in La Liga, but the report suggests that Diego Simeone could be prepared to let the Ghana international leave the club if he is able to acquire the services of Rodrigo Bentancur from Juventus.

However, the Gunners could face tough competition for Partey’s signature from the French champions PSG.