Chelsea are reportedly keen to edge out Manchester United in the race to sign Barcelona midfielder Frenkie de Jong.

The Red Devils have been fairly frequently linked with the Netherlands international, who is contracted to the Catalan giants until 2026. 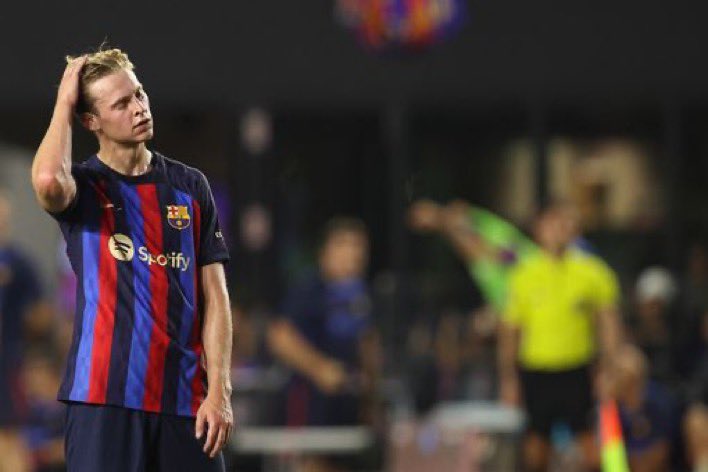 According to Relevo, Chelsea are hoping to hijack Man United’s move for the Dutchman and are preparing a formal approach for the Barcelona man over the coming days.

The report goes on to claim that the 25-year-old playmaker is not keen on reuniting with his former boss Erik ten Hag at Old Trafford, as his preference is to remain in Spain with the Catalans.

The Blues are currently well stocked for options, Speaking to reporters on Tuesday, head coach Thomas Tuchel revealed that he hopes to sign two more midfielders before the start of September.

According to Fabrizio Romano, Manchester United are willing to spend £72m, including add-ons, to sign De Jong, and it now remains to be seen whether the Blues are prepared to match or improve on that package.