The Clarets could face competition to keep hold of the centre-back this summer with Foxes and Eagles are interested in securing his signature. 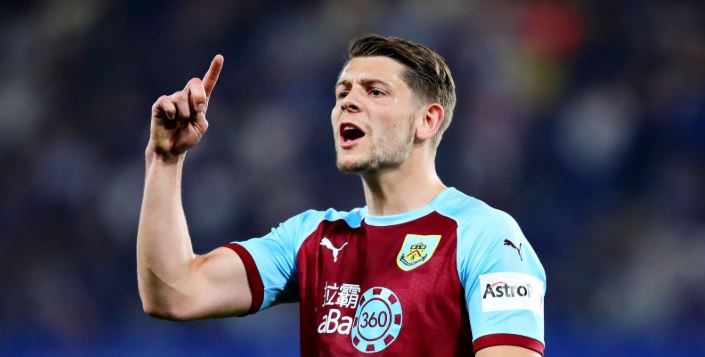 The former Brentford star was wanted by Leicester City last summer, as the east Midlands sold Harry Maguire to Man United and sought a replacement.

The Mirror report claim Leicester boss Brendan Rodgers has renewed his interest in the 27-year-old defender after being missed out of a move for the Englishman last summer.

The Irish tactician is on the hunt for a new centre-half to strengthen the defensive options with a proven Premier League player, which would particularly be required should the 2015-16 English champions qualify for the Champions League.

Tarkowski, who has won two caps for England following his debut in 2018 – will see his contract at the Turf Moor expire at the end of 2021-22 season.

Burnley sit 10th in the Premier League table, with nine matches left to go this campaign.