Manchester United have reportedly outlined their intentions to move for Bournemouth midfielder David Brooks, according to The Sun.

The Red Devils are keeping a close eye on the Wales international evolving situation at Dean Court ahead of a potential summer move. 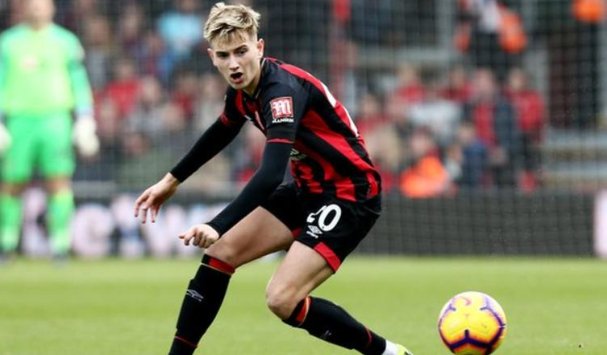 United have been put on red alert by the suggestion that the Cherries could be willing to sell the attacking midfielder this summer.

The 20-time English champions have been watching Brooks for some time, with a view to a potential bid for the playmaker.

The report adds that the Cherries could sell Brooks this summer to increase Eddie Howe’s transfer war-chest ahead of the summer transfer window.

Brooks has contributed seven goals and five assists for the Cherries in the 2018-19 Premier League season but the Welshman has been sidelined for the current campaign with an ankle injury.