Manchester United are reportedly prepared to up their efforts to secure a deal for Real Madrid midfielder Toni Kroos.

The Germany international, who joined Los Blancos from Bayern Munich in 2014, has made 266 appearances for the La Liga giants at that time. 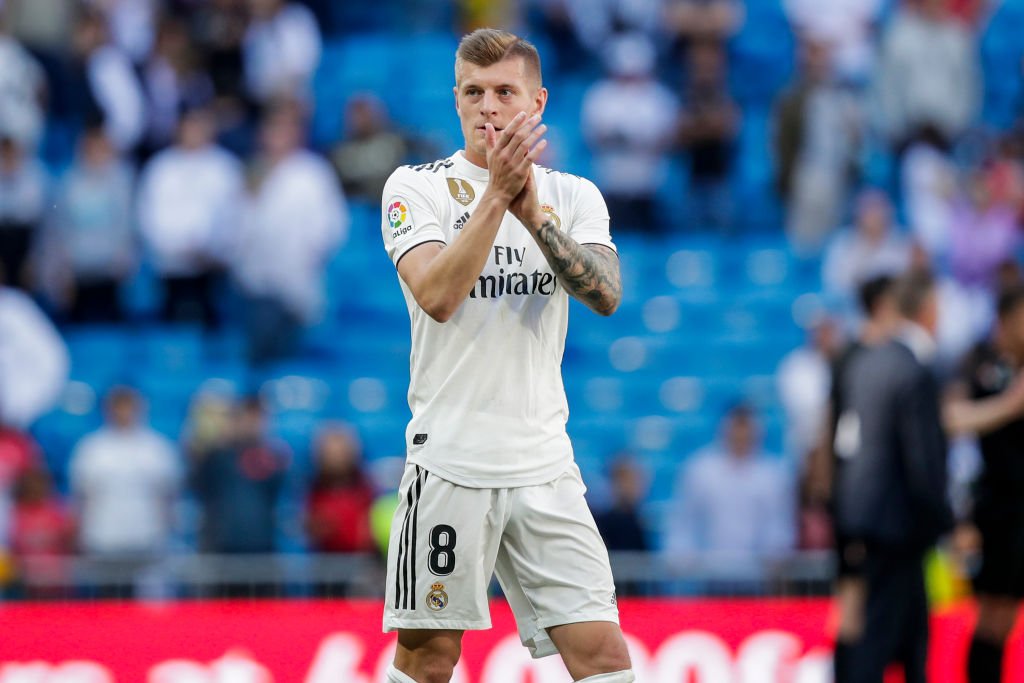 However, Diario Madridista report that the 30-year-old midfielder was unhappy for not being involved in Real’s Champions League tie against Manchester City, and has supposedly opened the door to a departure from the Spanish capital.

With rumours surrounding the future of Paul Pogba, Manchester United are reportedly considering a variety of options to replace the 26-year-old midfielder should the Frenchman depart Old Trafford this summer.

The report goes on to claim that Kroos’ former club Bayern Munich are also considering a swoop for the central midfielder, who has scored three goals and provided five assists this season.