Manchester United have reportedly held talks with Barcelona over a potential deal to sign Ansu Fati during this summer’s transfer window, according to Sport.

The 17-year-old attacker has been a regular for the Catalans during the most recent season, contributing eight goals in 32 appearances in all competitions, including seven in Spanish top flight. 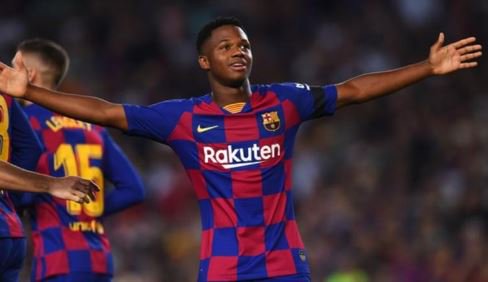 The teenager only signed a new three-year contract at Camp Nou last year, but Manchester United have been credited with an interest in the Spain Under-21 international over the last couple of months.

The report claims that Barcelona again hinted that they had no intention of selling the prospect in this summer’s transfer window.

Fati, who has enjoyed a breakthrough season at the Camp Nou, is said to have release clause set at £144million.