Ajax midfielder Donny van de Beek is reportedly wanted by Manchester United and Real Madrid, who are prepared to do battle for his signature this summer.

Having signed Bruno Fernandes from Sporting Lisbon in January, the Red Devils are likely to prioritise other areas during the summer transfer window. 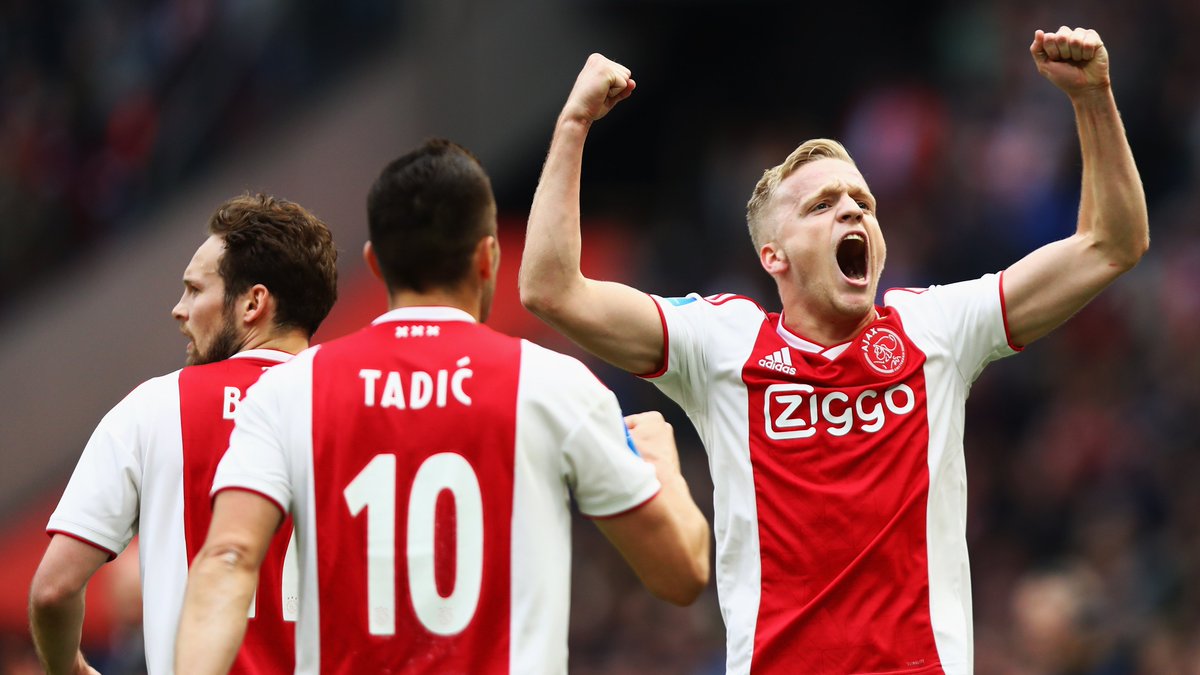 However, according to Marca, United still hold an interest in signing Ajax midfielder Donny van de Beek, who could be the ideal player to replace Paul Pogba at Old Trafford.

Although the report adds that the Ajax star already has an unofficial agreement with Real Madrid, it is suggested that United will try to edge out Madrid in the race to sign the 22-year-old Dutchman.

The Netherlands international has scored 10 goals and provided seven assists in 30 Eredivisie and European fixtures this term.