The 20-year-old midfielder has impressed for Los Ches during the 2019-20 season – contributing six goals and seven assists in all competitions. 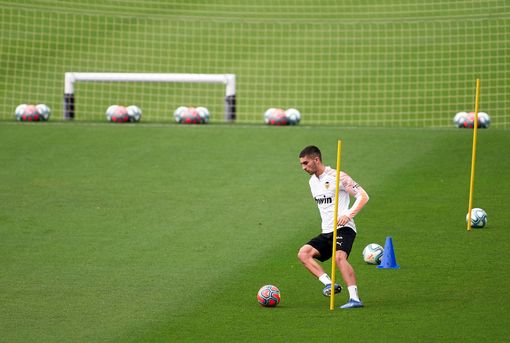 Borussia Dortmund’s Jadon Sancho is rumoured to be Man United’s number one target this summer, but the Premier League giants are supposedly making contingency plans.

According to Spanish outlet Fichajes, Torres’ agent has been in touch with the Red Devils over a proposed move for the Spaniard – who has left one year to run on his contract at the Mestalla Stadium.

The report adds that the youngster could be set to leave Albert Celades’ side, but the Old Trafford outfit would have to fend off interest from their arch-rivals Manchester City and Liverpool for his signature.

Meanwhile, Ole Gunnar Solskjaer’s side are reportedly on the verge of completing a deal for Aston Villa attacker Jack Grealish.