Manchester United have reportedly outlined their intentions to move for Ajax midfielder Donny van de Beek, according to ESPN.

The Red Devils are weighing up a potential bid to sign the 22-year-old Dutchman in the January transfer window. 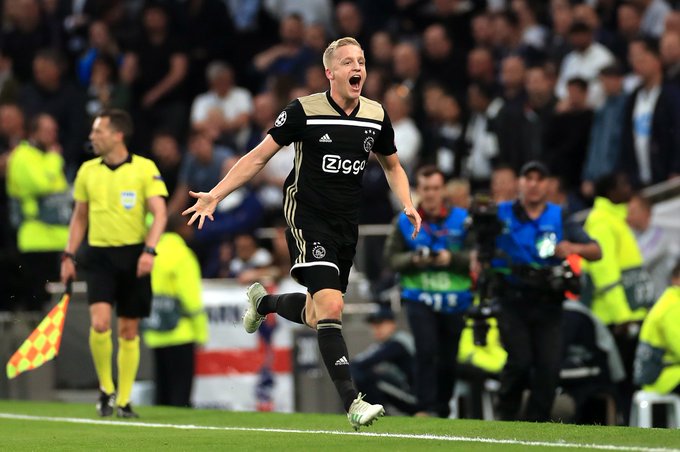 United manager Ole Gunnar Solskjaer is interested in a swoop to sign the Netherlands international from the Eredivisie outfit.

The Norwegian boss is pushing the club’s executive vice-chairman Ed Woodward to sign in new players to help his current squad this month.

The report claims, Man United could turn their focus to Van de Beek after the 20-time English champions missed out on Erling Haaland earlier this month.

The report goes on to claim that the Red Devils are hoping to capitalise on Ajax’s failure to qualify for the Champions League round of 16 by signing the Dutchman.

Manchester United will have to produce a transfer fee somewhere in the region of £50m in the January transfer window.