Manchester United have reportedly set their sights on a deal for Inter Milan‘s right-sided defender Denzel Dumfries, according to The Sun.

The Netherlands international still has three years left on his contract after joining the Italian outfit from PSV Eindhoven last summer. 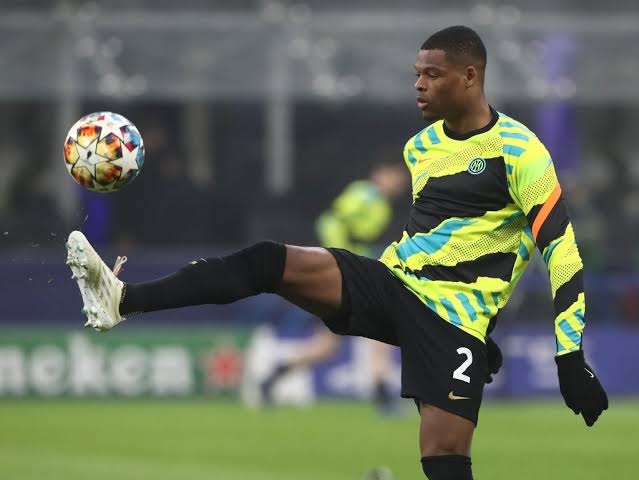 However, the 26-year-old could be on his way out of San Siro this summer, with the Red Devils weighing up a move for the Dutchman.

The 20-time English champions will attempt to sign the defender if they find a new club for Aaron Wan-Bissaka this summer.

Dumfries can play as a right-back or wing-back, and the Dutchman would also offer competition to Diego Dalot.

Nerazzurri currently value him at £34m, but the report outlines that the club would be open to offers.