Liverpool have emerged as rumoured suitors for Jorginho but could face competition from Premier League rivals Manchester United, The Daily Star reports.

The Reds have identified the Brazil-born Italian star as one of their prime transfer targets for the summer window as the Premier League outfit look to replace out-of-contract Emre Can at the end of the season. 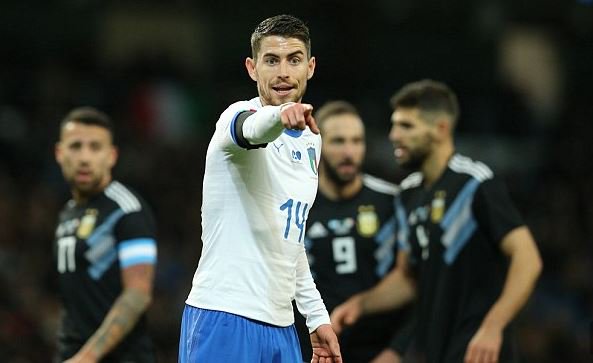 However, the same report claims that it could prove difficult for the Merseyside giants to convince Napoli to sell the 26-year-old midfielder this summer because the Serie A outfit are determined to keep hold of the Italy international.

The report adds that Partenopei have opened talks with the playmaker about a new contract, adding a buy-out clause of £80m in his new deal.

Liverpool could be set to face competition from Manchester United for Jorginho’s signature after the player’s representatives flew out to UK to hold discussions with a number of clubs recently.

Jorginho has scored twice and registered four assists in 26 Serie A appearances for Napoli so far this season.