Paris Saint-Germain are reportedly considering a move to lure Anthony Martial back to the French capital this summer, according to the Daily Mail.

The 20-year-old striker joined the Red Devils from Monaco last September in a deal that could rise to whooping £59 million. 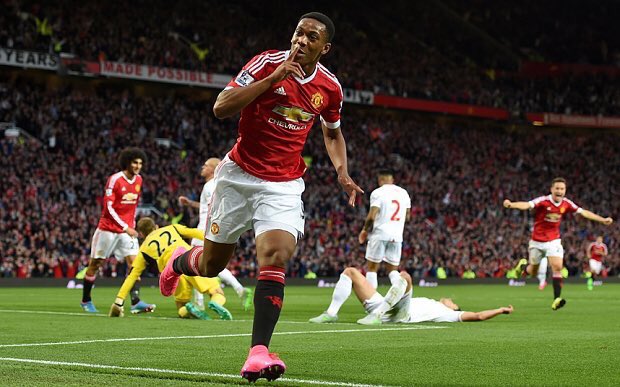 It has been a very difficult season for United, but the Frenchman has been impressive for Louis van Gaal’s side this season, having scored 17 times in 47 games in all competitions.

The reports claim, Martial’s performances have attracted the attention of the Ligue 1 champions, who are keen to make a move this summer as an alternatives to the outgoing Zlatan Ibrahimovic.