Manchester City have reportedly outlined their intentions to move for Lyon star Houssem Aouar during this summer’s transfer window.

The 21-year-old midfielder has enjoyed a terrific season with Les Gones, and he has contributed nine goals and seven assists in 37 appearances across all competitions. 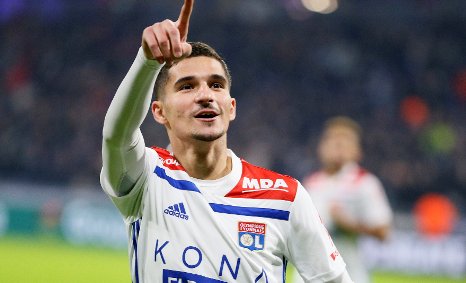 According to RMC Sport, the reigning Premier League champions were unsuccessful in their bids to sign the Frenchman last summer but are now lining up another move ahead of the next season.

The report goes on to claim, City are likely to face fierce competition from both Paris Saint-Germain and Juventus.

Lyon would be in a strong position when it comes to potential negotiations as the midfielder has a deal at the French outfit until June 2023.

City boss Pep Guardiola has been a fan of Aouar for some time, having praised the star playmaker after a Champions League match in late 2018.