Giroud will see his contract expire at Stamford Bridge at the end of the campaign, but he has enjoyed a relatively successful season, finding the back of the net on nine occasions in 18 games for the Blues. 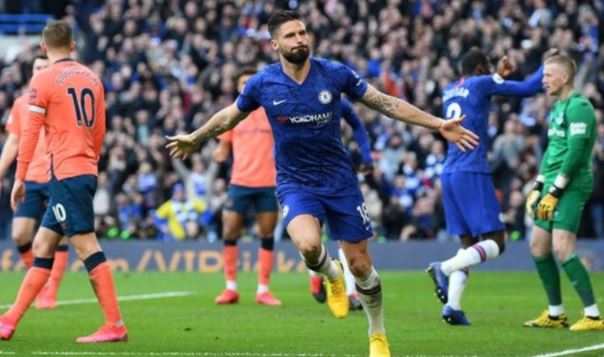 The 34-year-old was also named in the starting XI for Chelsea against Wolverhampton Wanderers in the Premier League on Wednesday night.

However, according to Corriere dello Sport, the Italian outfit AS Roma are hoping to sign the Frenchman on loan for the rest of the 2020-21 season as they look a replacement for Edin Dzeko who is set to part ways with Giallorossi following a breakdown in his relationship with head coach Paulo Fonesca.

Giroud has managed to score just three goals in the Premier League this season, but he netted five times in four outings in the group stages of the Champions League.