Tottenham Hotspur manager Jose Mourinho ramped up his interest in AS Roma forward Edin Dzeko to provide cover for Harry Kane, according to The Mirror.

Dzeko, who joined Giallorossi from Man City in 2016, has since gone on to make 198 appearances across all competitions for the Italian outfit. 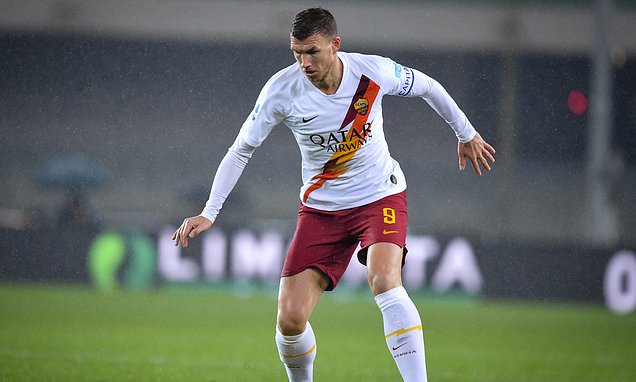 The Serie A outfit are believed to have paid around £10m for Dzeko, and given how well he has performed over the last several seasons, that appears to have been a bit of a steal.

The experienced forward, who is contracted to Roma until July of 2022 – has contributed 95 goals, and 40 assists for the club.

With the aforementioned report from the Mirror goes on to claim that the Portuguese tactician sent one of his senior scouts to Italy in order to watch Dzeko in action.

The 33-year-old Bosnian striker is a regular starter in Rome, should he sign for Spurs.