Arsenal are prepared to lock horns with Barcelona in the race to sign Ajax goalkeeper Andre Onana, according to Dutch publication De Telegraaf.

The Cameroon international has emerged as a rumoured target for the Spanish champions earlier this week. 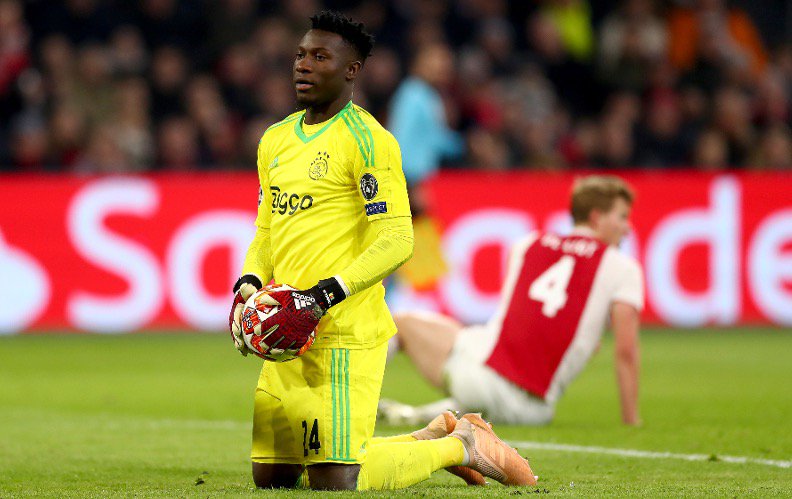 The 22-year-old has caught the eye with his displays in Eredivisie and has also played a key role in Ajax’s run to the last-16 stage of the Champions League.

Despite having to compete with the Catalan giants, the aforementioned report suggests that Arsenal are willing to pay up to £26million for the Cameroonian shot-stopper.

The north London outfit eyeing more strength in depth between the sticks as their back-up keeper Petr Cech is set to leave the Emirates.

The Gunners splashed out to sign Bayer Leverkusen goalkeeper Bernd Leno last summer, but doubts remain over the German’s quality.