Arsenal have reportedly outlined their intentions to move for Atalanta centre-back Gianluca Mancini, according to Transfer Market Web.

The Gunners head-coach Unai Emery is understood to be keen to bring in defensive reinforcements in the mid-season, having been left short of options due to a number of injuries at centre-back so far this term. 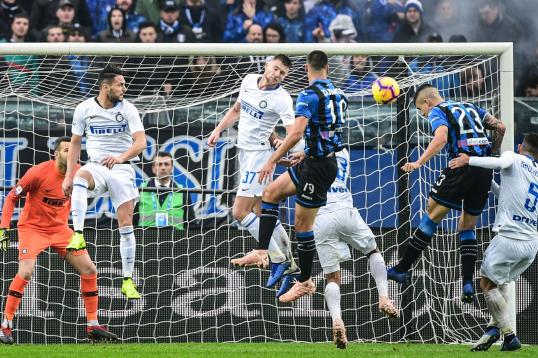 The aforementioned report suggests that the north Londoners have identified Mancini as a possible target this January and have scouted him for Atalanta on many occasions.

Scouts from Gunners and Borussia Dortmund are understood to have been in attendance as the 22-year-old Italian scored during Sunday’s home win over Inter Milan.

Mancini has scored three goals in 11 appearances in all competitions so far this season, with his performance catching the eye and helping the Italian outfit climb up to eighth in the Serie A table.

AS Roma and Inter Milan are also said to be amongst the interested suitors for the towering central defender, who has won 10 caps for the Italy Under-21 team.