Manchester City takes on the Spanish champions Barcelona on their home turf at Nou Camp on Wednesday evening in a thrilling Champions League encounter in Group C.

City will be looking to claim their first win in four games, after losing points in the English Premier League against Tottenham Hotspur and Everton, along with a humiliating 3-3 draw against Celtic in the previous Champions League clash. 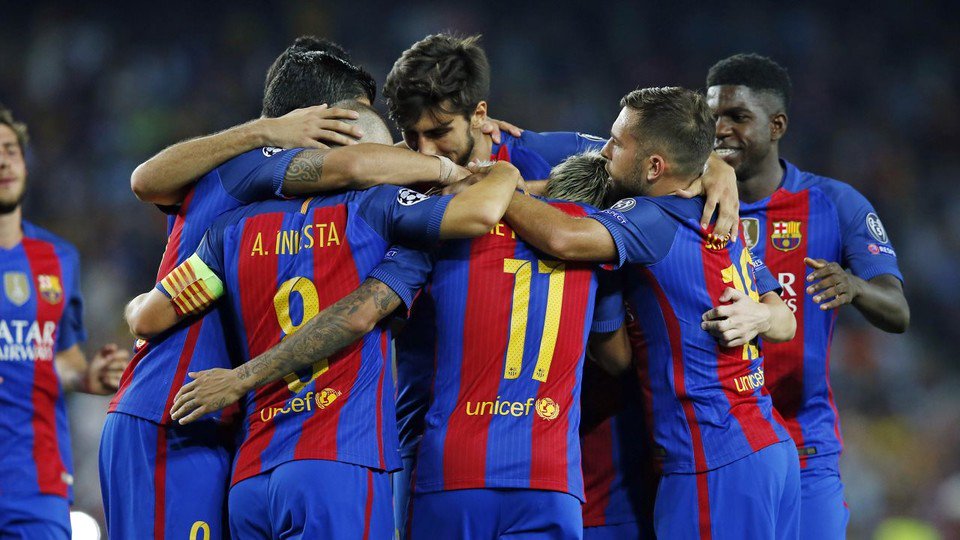 The Spanish Giants will be hopeful of winning this home game, with Lionel Messi is now all set to start against the Sky Blues following the Argentine was sidelined for three weeks with a groin injury.

Luis Enrique’s side currently sits top of Group C with six points, winning both of their opening games. However, the Premier League giants, who currently occupy the 2nd place with four points – will overtake the Hosts as group leaders if they claim all three points in Spain.

City have a poor record against Barcelona, losing all four matches against the La Liga giants. With all four games have come in the knockout stage of the UEFA Champions League.

Barca are expected to make a 4-3-3 formation against the Blues. The trio Messi, Neymar, and Suarez should have too much power to deal with the opponents and Guardiola’s side know any mistakes would be huge setback at the Nou Camp.