The 22-year-old has struggled for game time this season under Maurizio Sarri, who has preferred Antonio Rudiger and David Luiz as his centre-backs. 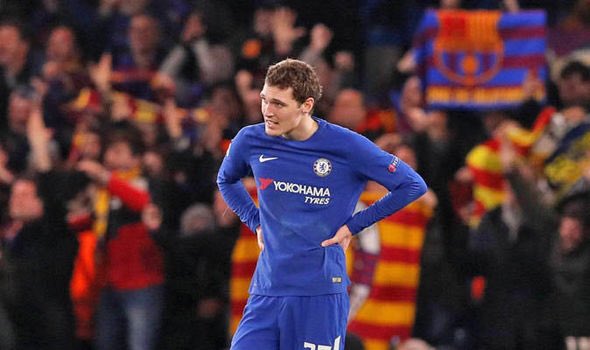 The Denmark international has admitted that he is unhappy at Stamford Bridge, leading to talk of a January move to AC Milan.

The Sun reports that the Catalan giants have also credited with an interest in the out-of-favour defender, as they are in need of a central-defensive cover for the second half of the season.

Barcelona’s Samuel Umtiti has featured just once since September and could be out for another spell after his knee injury flared up during the 1-1 draw with Atletico Madrid.

Christensen enjoyed a fine season with the Blues last year under Antonio Conte. However, he’s failed to impress new boss Maurizio Sarri and is yet to make a single Premier League appearance this term.