Chelsea have reportedly stepped up their interest in a move for Marcos Alonso as manager Antonio Conte is looking for defensive reinforcements before the transfer window shuts down. 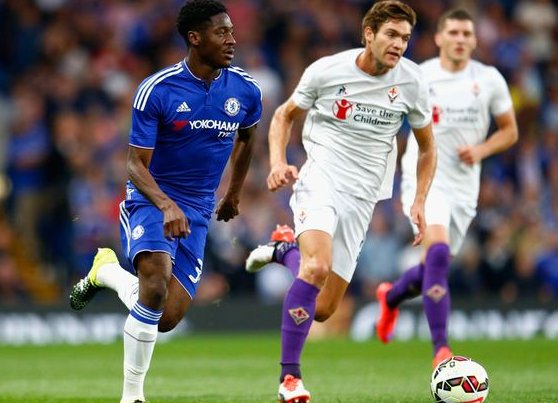 The Blues have already done two signings thus in the shape of midfielder N’Golo Kante and striker Michy Batshuayi. According to The Telegraph, the Italian mentor is now targeting a full-back, with Alonso from Fiorentina emerging as the latest option.

With the 25-year-old Spaniard now supposedly attracting interest from the west Londoners, here’s a selection of reactions from Chelsea fans..

If we get koulibaly and alonso I wouldn’t mind. #CFC

I personally like the idea of Ricardo Rodriguez more but there is nothing wrong with Alonso. First 11 caliber player! #CFC #Chelsea

The abuses Alonso has been getting is simply ridiculous. We want Ivanovic out? Support him then

I think Conte know what Alonso can bring to the team. #CFC

We sold BERTRAND, deemed not good enough for #Chelsea, but we are signing Marcos Alonso a #Sunderland reject. Let that sink in. ???????? #CFC

If Conte wants a fullback you’ve got 2 decent ones available, Ricardo Rodriguez & Jonas Hector, both are way better than Marcos Alonso #CFC

Talk all you want about #cfc board rn… But it was conte that didn’t want Ake and chose Alonso. Didn’t list a backup option for koulibaly

Don’t know much about Alonso but if it’s true, I’d rather prefer Ake doing that job for us. #CFC

We shouldn’t do experiment with the defence coz that’s the weakest area of our team.But then now we can only hope that alonso do well #cfc

Yet the club is happy to spend 17 million on Sunderland reject Alonso. Shocking how the youngsters never get a chance at this club #CFC