Stoke City goalkeeper Jack Butland is reportedly the subject of interest from Chelsea.

Earlier this week, it was claimed that the Blues had ended contract negotiations with Thibaut Courtois, who has just a year left on his existing deal at Stamford Bridge.

The west Londoners have been linked with a move for AS Roma stopper Alisson but according to latest reports via the Daily Mail, Chelsea could make an approach for Stoke City’s Butland. 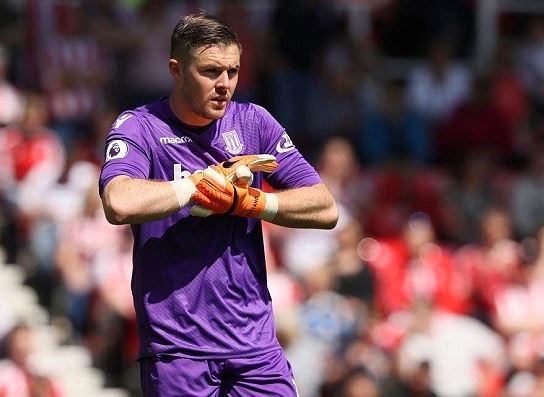 With the Potters suffering relegation to the Championship, Gary Rowett’s side are likely to part ways with the England international with offers of around £30m expected to have listened.

Butland, 25, is also said to be wanted by Liverpool but it depends whether the Merseyside giants are successful in a bid for Alisson.