The Red Devils are still interested in bringing the England international to Old Trafford. 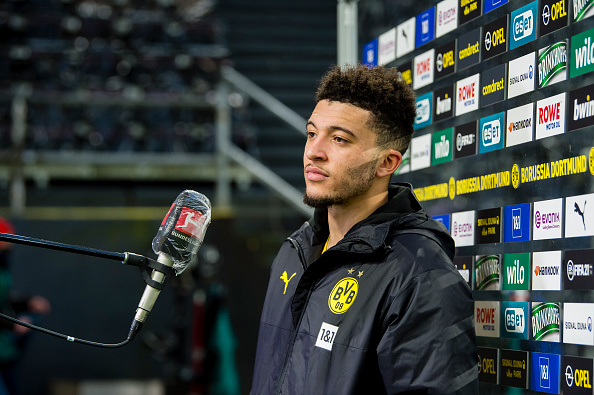 United were strongly linked with the 20-year-old attacker last summer but could not come to an agreement with Dortmund over a fee.

The highly-rated youngster made a slow start to the 2020-21 campaign but has still scored 12 goals and registered 16 assists in 31 appearances this term.

The Bundesliga giants would have to be ‘more reasonable’ over their valuation to tempt the Mancunian giants into launching an offer in the upcoming market.

BVB are said to have placed a £107m asking price on the former Manchester City youngster last year, but the club’s finances have taken a hit due to the coronavirus pandemic.

Sancho has a contract at Signal Iduna Park until the summer of 2023.