The 20-year-old has been impressive for the Gunners during the 2021-22 season, scoring 12 goals in 38 Premier League appearances. 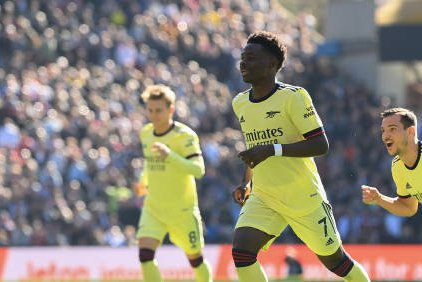 The youngster has a contract at the Emirates until the summer of 2024, and Mikel Arteta’s side are expected to tie him up with a new contract very soon.

However, there are fears that the England international could decide to end his career in North London should the club fail in their bid to return to Europe’s top competition in the coming years.

The Premier League champions Manchester City have also been alerted to Saka’s situation, and according to the Daily Mail, Pep Guardiola’s side are closely monitoring the developments surrounding the youngster.

Saka has made 131 appearances for Arsenal, finding the back of the net on 23 occasions and setting up 29 more in the process.