The Brazilian midfielder Fernandinho will reportedly be offered a new contract by Manchester City after impressing their manager Pep Guardiola this season.

Fernandinho moved to the Etihad Stadium on a four-year deal from Shakhtar Donetsk in 2013 and has racked up 105 league appearances for City, winning the Premier League silverware once and the League Cup twice during his tenure. 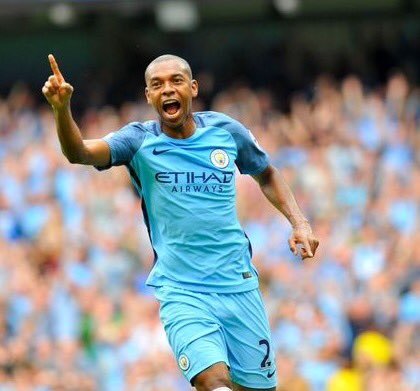 According to The Mirror, Guardiola is a huge admirer of the 31-year-old after his stellar performance in the opening games of the season and is desperate to tie him down to a new lucrative contract to fend off interest from others.

He has been an integral part of the Citizen’s first team this season, has scored one goal in six league appearances.

Fernandinho’s current contract is running until at the end of the season, that means he will be free to move away from the Etihad this January.