Manchester City could look to move Real Sociedad attacker Mikel Oyarzabal in the summer of 2022.

The 24-year-old has enjoyed an impressive 2020-21 campaign for the La Liga outfit, contributing 11 goals and eight assists from 33 appearances in the top flight. 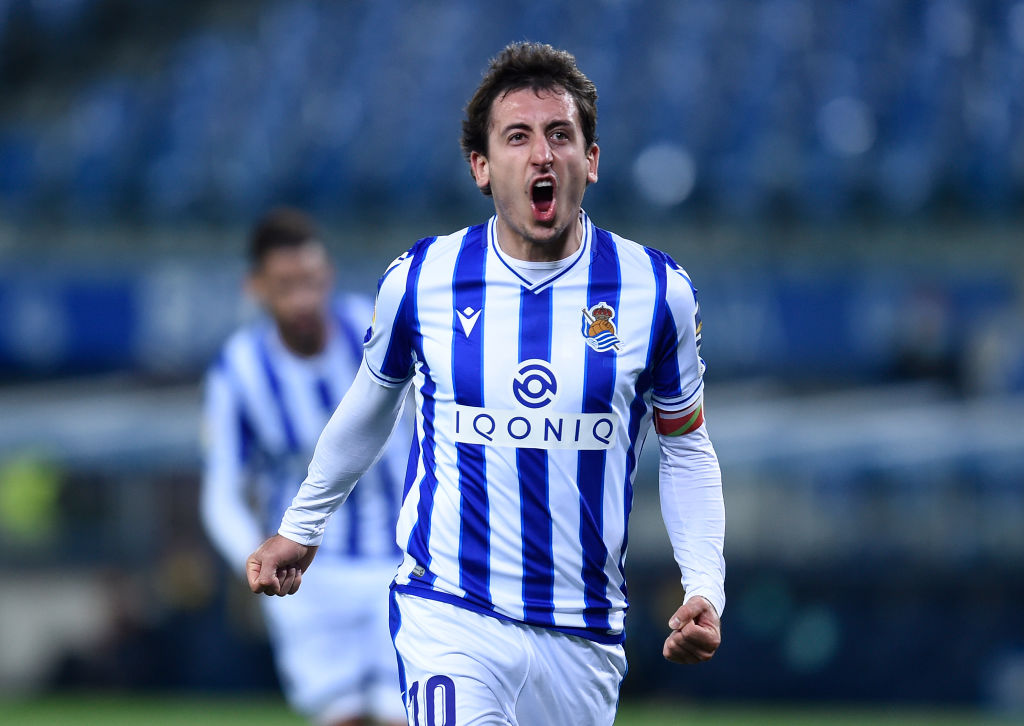 Oyarzabal is under contract with Sociedad until the summer of 2024, but his sensational performance has not gone unnoticed by top clubs elsewhere.

According to TEAMtalk, City boss Pep Guardiola is a keen admirer of the Spaniard, who was touted as a possible replacement for Leroy Sane following his departure to Bayern Munich.

The report goes on to claim that Oyarzabal’s performance makes him an attractive option for Pep Guardiola, but the English champions would need to fork out his £70m release clause in order to acquire his signature.