Manchester City midfielder Kevin De Bruyne has committed his long-term future to the club after signing a new five-and-a-half-year deal that promises to keep him at the Etihad Stadium until 2023.

The Belgian international has extended his stay at the Manchester City until 2023, and the 26-year-old midfielder has acknowledged that he is delighted to have fresh terms with the Premier League leaders. 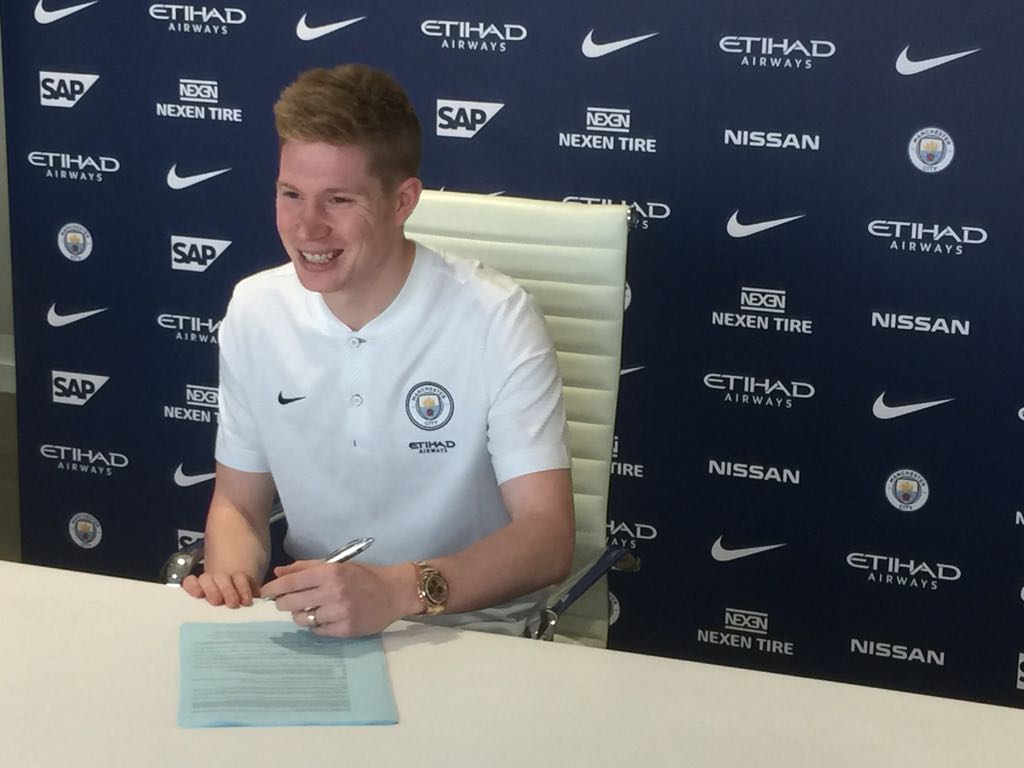 De Bruyne told the club’s official website: “As I’ve said previously, my intention has always been to stay here at City, where I’ve felt at home from day one.

“Not only are we winning – we are playing great football. It’s a pleasure to be a part of and I’m really excited about what we can achieve in the coming years.”

De Bruyne joined City from Wolfsburg in August 2015, and has since gone on to make 122 appearances in all competitions.