Manchester City are reportedly considering to launch a summer bid for Toni Kroos from Real Madrid, according to Don Balon.

City are readying an offer of €70m for the Germany international, who has won the La Liga title and three Champions League since joining Los Blancos from Bayern Munich in 2014. 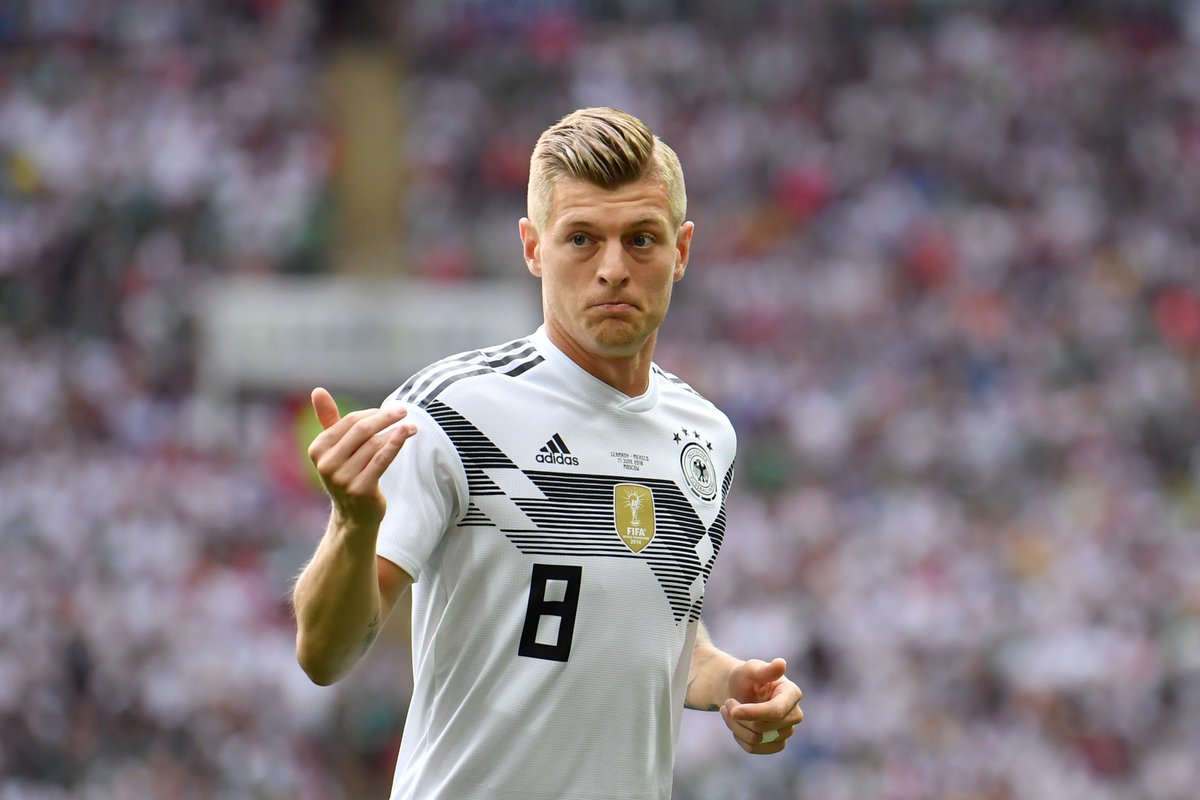 City’s arch-rivals Manchester United were previously linked with Kroos, but are thought to have called time on their interest after acquiring the services of Fred from Shakhtar Donetsk.

City boss Pep Guardiola continues to overhaul the midfield spine of his squad and has also been heavily linked with a move for Napoli’s Jorginho.

Kroos, 28, has proved himself to be an absolutely pivotal part of Madrid’s squad since he arrived from Bayern Munich in 2014.

If Kroos does want to leave the Bernabeu, it’ll be interesting to see if the Champions League winner are willing to let him go, and if they are, who they decide to replace him with.