Arsenal defender Mathieu Debuchy could be on the brink of signing for Turkish giants Galatasaray on loan. Turkish sources say the Frenchman has already agreed personal terms with the Turkish outfit.

The 31-year-old veteran still has three years left on his Emirates contract since he joined the Gunners in 2014, and has been part of the playing squad touring around the USA as part of their pre-season. 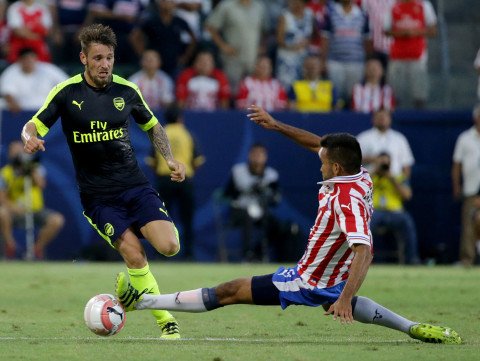 A move to Turkey would be ideal decision for the experienced full-back who has made just 12 Premier League appearances over the last two seasons. Furthermore, fallen down the pecking order at Arsenal will affect his chances with the national team as well.