Bayern Munich striker Robert Lewandowski’s agent Cezary Kucharski has confirmed that the Polish superstar has held talks with the La Liga giants Real Madrid and could leave the Bundesliga champions this summer.

The 27-year-old, who scored 30 league goals this campaign to help the Bavarians claim their fourth Bundesliga title in a row and DFB-Pokal double, has long been linked with a move to the Spanish capital and suggested that he could make a move to England or Spain this summer. 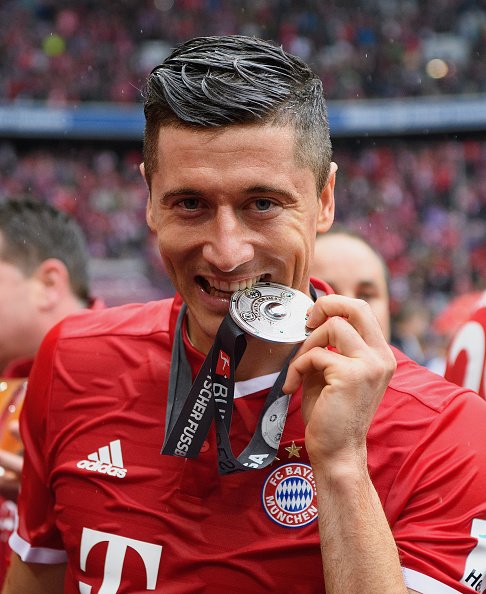 Cezary Kucharski told Spiegel as quoted by The Guardian: “Real Madrid contacted us a few weeks ago, we listened to everything they said. It’s a big and exciting club. We have informed FC Bayern that we’ve held talks with Madrid.”

With three years left on his current deal, any incoming offer to lure Lewandowski away from the Allianz Arena probably have to be in excess of £50 million.