Tottenham Hotspur have reportedly outlined their intentions to move for Ajax goalkeeper Andre Onana, according to Voetbal International (VI).

The 22-year-old, who began his professional career with the Dutch outfit, has played in all 10 of his club’s league matches this season. 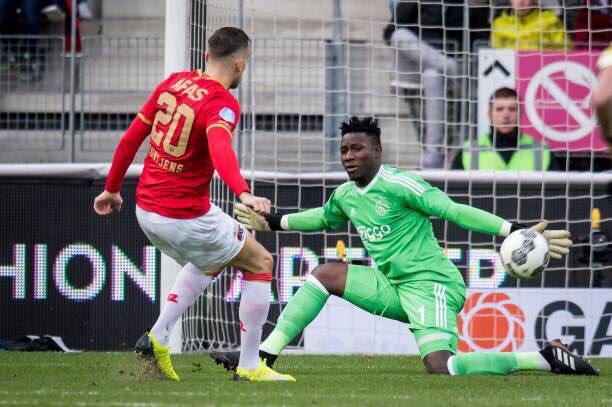 The report claims that Premier League giants Tottenham Hotspur are closely monitoring proceedings as they eye a January move for the Cameroonian stopper.

Spurs head coach Mauricio Pochettino wants Onana, who is contracted to Ajax until the summer of 2021 – to provide competition for Hugo Lloris.

Onana has been linked with a move to Marseille last summer, has kept nine clean sheets in all competitions for the Dutch giants during the 2018-19 campaign.

Should the north Londoners prove Onana’s destination, the stopper would follow in the footsteps of Christian Eriksen, Jan Vertonghen, Toby Alderweireld and Davinson Sanchez – each of whom played for Ajax before their moves to White Hart Lane.