Belgium put three goals past Panama and England must do the same in their next Group G encounter, to set up a thrilling battle for top spot and ensure progress to the knockout stages of the World Cup in Russia.

Insofar as the results are concerned, there have been few surprises in Group G at the World Cup, after Belgium and England both made winning starts to the tournament in Russia. However, whilst Belgium cruised to a comfortable 3-0 win against Panama, the Three Lions laboured to get their victory against a tight and tactically adept Tunisian side.

There’s no doubt that England put on an electric first half attacking display against Tunisia, as the North African side struggled to contain wave after wave of attacking moves, but Gareth Southgate’s men were also guilty of wasting golden scoring opportunities. Raheem Sterling and Jesse Lingard both missed absolute sitters, either side of Harry Kane demonstrating his poacher’s instinct which brought the lead.

However, the needless penalty conceded by Kyle Walker changed the perspective of the game and Tunisia were gifted a way back, having barely created any genuine attacking threats themselves. Now content to sit back, the North African side parked the bus and England struggled to show the same initial spark.

After running into one too many cul-de-sacs and losing the ball too often, Sterling was eventually replaced by Marcus Rashford, who gave the England attack a little more cutting edge around the Tunisia area, sniffing out scoring opportunities. His introduction into the game was a breath of fresh air, which restored some attacking impetus to Southgate’s side. Ruben Loftus-Cheek also improved efforts from the right flank, when he replaced a jaded Dele Alli for the final ten minutes.

Thankfully, when it looked as if England were destined to be frustrated, Tunisia were undone by a set-piece, with Harry Kane materialising to nod in the winner. After that brace of goals, Kane is inevitably the focus of World Cup betting ahead of the match against Panama. The Spurs striker is priced as the 4/7 anytime goal favourite at bookmakers, which underlines his importance as the most reliable source of goals for the Three Lions. 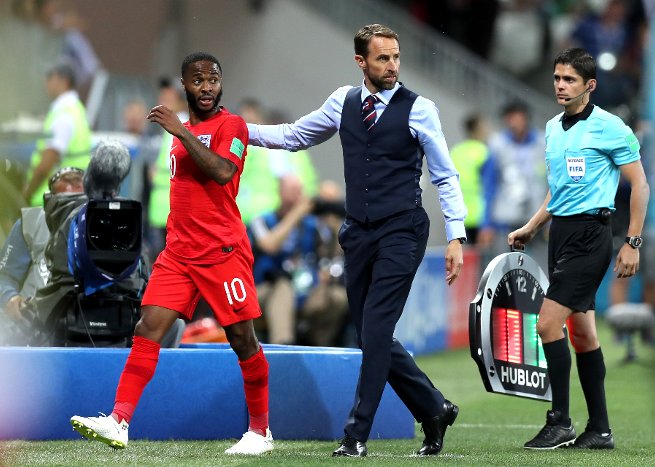 Nevertheless, if England are to enjoy any success at the 2018 World Cup, they cannot be entirely dependent on Kane getting all their goals. Inevitably, Sterling was the focus of much criticism from fans and pundits, but according to Jamie Carragher in his column for the Telegraph, the Man City winger is being asked to perform a role he’s not comfortable with; which leads to him dropping deep to get the ball.

This inevitably caused congestion with Lingard and Alli also pushing forward from midfield, so if Southgate is to make changes ahead of the Panama game, Rashford would seem more suited to playing alongside Kane in attack, rather than shoehorning Sterling into an advanced role that neither suits him or the England attacking line.

If Rashford starts against Panama, there will be finer balance in the final third, with the Man Utd youngster able to operate more naturally in a striker pairing; which was evident enough in his second-half appearance against Tunisia. Southgate won’t want to make wholesale tactical changes for the next Group G game, although making better use of the players available to him, would certainly seem the most logical option for the England manager.