Chelsea are still interested in a deal to sign Christian Pulisic from the Bundesliga giants Borussia Dortmund, according to The Daily Mail.

The Blues are keen on a swoop to sign the United States international in the summer transfer window.

However, the west Londoners could find it difficult to lure the teenager to Stamford Bridge given Chelsea missed out on a Champions League spot last season. 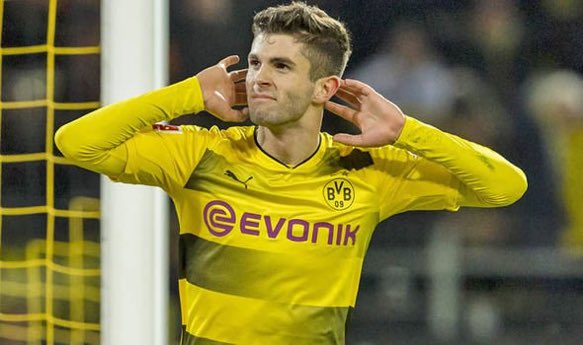 Dortmund finished in fourth place in the German top flight last season to ensure BVB will be competing in Europe’s elite club competition next term.

Chelsea could also face competition from their rivals Liverpool FC and Manchester United for the 19-year-old midfielder in the summer transfer window.

Pulisic has scored four goals and registered five assists in 32 appearances in the German football last season to underline his rising status in Bundesliga.