Everton have reportedly placed emphasis on signing Salomon Rondon before the transfer window closes on Tuesday.

According to Liverpool Echo, Everton boss Rafael Benitez is keen on a reunion with the Venezuela international having worked with him during his time at Newcastle United. 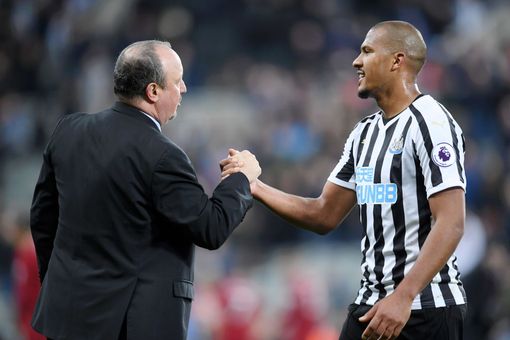 The Toffees are believed to add more quality and depth to their attacking unit at Goodison Park and Rondon could prove to be the ideal short term option for them.

The 31-year-old forward is currently in the final year of his contract with the Chinese Super League outfit Dalian Yifang and he could be available for a modest price.

Apparently, Everton are prepared to offer him a two-year deal and they are considering to sort out the move before Tuesday’s transfer deadline.