Everton only secured their Premier League (PL) safety in the penultimate game of the previous season, and manager Frank Lampard will be desperate to avoid a repeat of that torrid campaign this time around. Confidence in the camp won’t likely be high coming into this clash though, especially with the ‘Toffees’ looking so void of options in attack. They sold key man Richarlison to Tottenham in the summer and revealed this week that striker Dominic Calvert-Lewin is set to face an extended spell on the sidelines. The match is scheduled to kick off at 5:30pm UK time and you can follow all Premier League live scores on Flashscore. 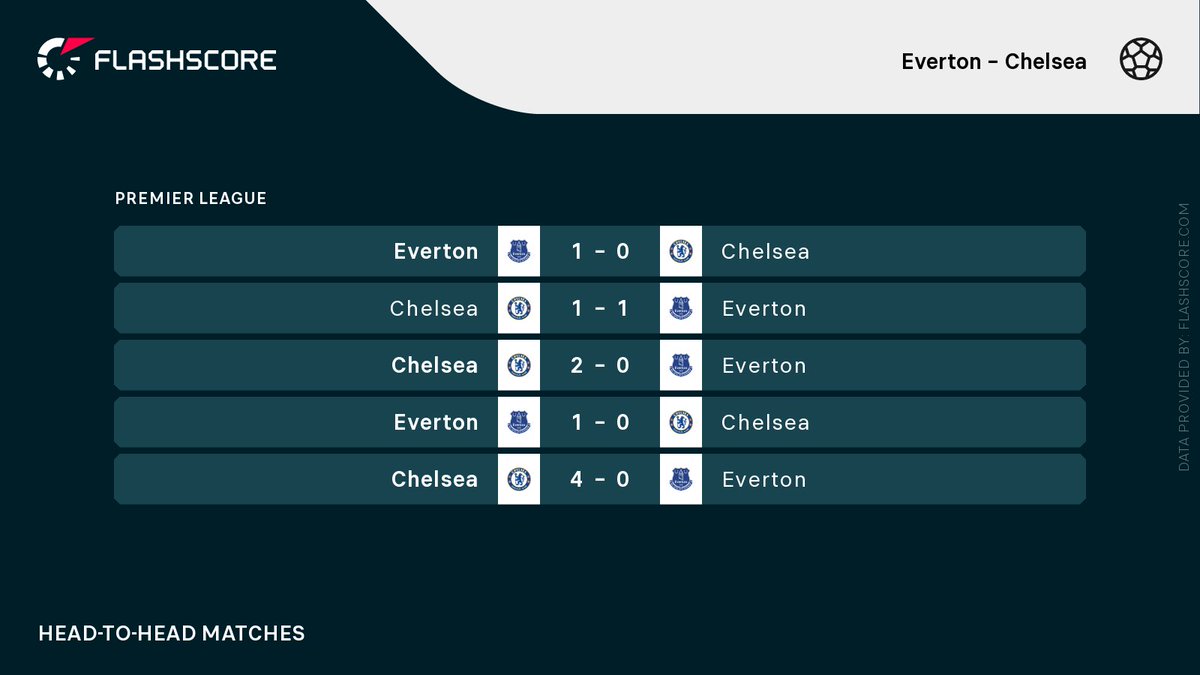 While the odds look stacked against them, Everton have had the beating of Chelsea on their own patch in more recent years. Each of the last four PL meetings at Goodison Park ended in victory for the home side, and they’ve also restricted the London club to just a single goal across their last five Goodison Park visits.

It’s been a summer of change for Chelsea who have been flexing their financial might again during club owner Todd Boehly’s first transfer window since taking over at the club. Raheem Sterling is likely to make his official Blues debut here, as is towering defender Kalidou Koulibaly. Manager Thomas Tuchel will hope both can play a key role in Chelsea winning their third straight PL season opener.

Their last two opening day victories – against Crystal Palace and Brighton – both saw the Blues net exactly three goals, which is something Chelsea also managed in their final away league game of the last PL season at Leeds United. That was the final match in a run of eight away PL fixtures in which they found the back of the net on all but one occasion – although that one exception was during their last trip to Goodison Park (L 1-0).

Key battle: Everton goalkeeper Jordan Pickford has more career clean sheets against Chelsea (five) than any other side. New Chelsea signing Sterling has scored two career goals at Goodison Park and could be dreaming of becoming the first player to secure two hat- tricks on the opening day of a PL campaign after scoring a treble on matchday one back in 2019/20.

Hot streak: Everton are unbeaten in their opening PL match in each of the last ten seasons (W4, D6), which is the longest ongoing top- flight run.