Manchester United have reportedly expressed an interest in making an audacious move for Real Madrid midfielder Toni Kroos, according to Bild.

The Germany international came close to signing for the Red Devils in 2013 before joining Los Blancos 12 months later. 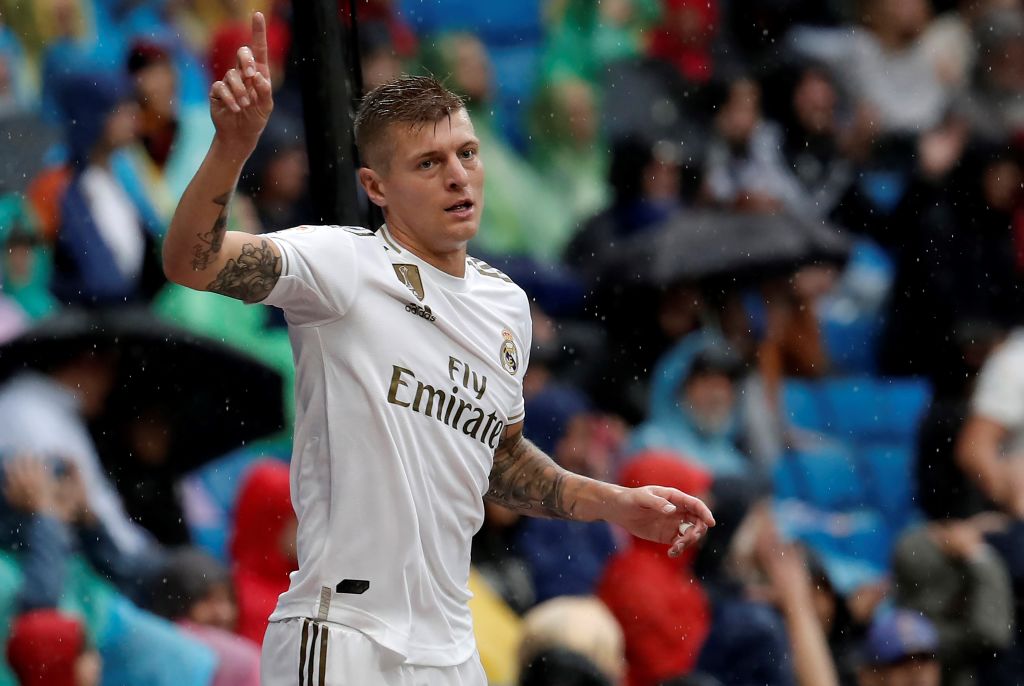 Since arriving at the Bernabeu, the 2014 World Cup winner has won 12 trophies, including three Champions League title.

However, Bild claims that the Premier League giants are plotting a £66.9m offer for the 29-year-old playmaker.

And it’s suggested that United star Paul Pogba could become part of the transfer in a swap deal.

The 26-year-old Frenchman returned to Old Trafford from Juventus in 2016 but was heavily linked with a move to the Bernabeu over the summer.

Kroos has started every La Liga game so far this season, scoring once against Celta Vigo.