Manchester United are reportedly completing a deal to sign Chelsea midfielder Nemanja Matic in the summer transfer window, according to Dharmesh Sheth who works as a reporter at Sky Sports News.

The Red Devils have been heavily linked with a move to sign the 28-year-old in recent months as manager Jose Mourinho looks to strengthen his midfield options ahead of new season.

The 20-time English champions were initially thought to be chasing Fabinho from AS Monaco before Tottenham’s Eric Dier emerged as a surprise target.

However, the Portuguese boss is now being tipped to reunite with the Serbian international at Old Trafford, Sky Sports News reporter Sheth believes. 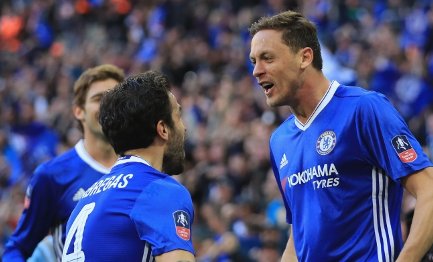 “A likely departure from Chelsea is the midfielder Nemanja Matic,” he told on Friday morning.

“United are interested and Mourinho has made public his desire to bring in the midfielder.

“Juventus looked like a likelier destination earlier this month but their prime target now appears to be Paris Saint-Germain’s Blaise Matuidi.”

Matic is currently facing intense competition for a regular place at Stamford Bridge this season after Antonio Conte signed Tiemoue Bakayoko from the French champions AS Monaco.