It is getting to the sharp end of the season, and with Manchester City seemingly dominant at the top, one of the most interesting stories in the EPL is the scrap for survival. With the transfer window well and truly shut, the managers have to go with what they have until the end of the season. So, who is looking like they will be sitting pretty come May, and who had better start preparing for life in the championship?

When Roy Hodgson took over at Selhurst Park, the only man with more experience of battling the drop than any other club fans, the general consensus was that he would drag them into safety. So far it hasn’t worked out like that, however. In his first seven games at the helm, his team have won just one game, drawing one and losing five. Coincidentally, those figures are the same as their’s last seven games in charge, and the reason he was sacked. 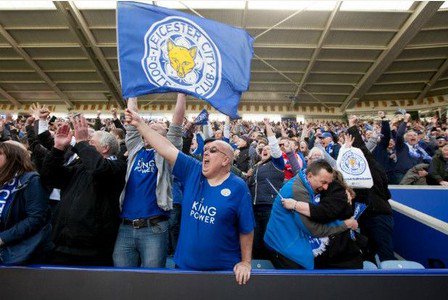 A lot has been written about Leicester’s demise this season, and whichever way you look at it, they are in a fight for their lives to maintain their EPL status. There are two main factors that will decide their fate. Firstly, if their team of recently hailed heroes manage to get themselves up for the fight and recreate at least an inkling of what made them such a formidable team last year. Secondly, if there are three worse teams than them between now and May, because at the moment they don’t look like they are capable of getting out of this mess themselves.

Watford should have enough points on the board to avoid getting sucked too far into the relegation mix, and a return to their early season form will see them reach the safety of mid-table. Turning a team that had lost four on the bounce, conceding thirteen goals in the process, into one that has won four of the following six, scoring ten goals is nothing short of remarkable. The loss of a team for the season is a blow, but they should have enough to keep their heads above water. No one would have tipped Bournemouth for relegation, when they hit the club record position of eighth not that long ago. One win in nine has seen the Cherries flirt dangerously with the bottom three, however. With the points, they have amassed, and the talent at their disposal, they should be OK, but they will be asking themselves how they have managed to get into this position in the first place.

With no side cast adrift, everyone in the bottom eight will neither consider themselves safe or doomed. Over the remaining three months, there will undoubtedly be twists, turns, six-pointers aplenty and probably even a managerial sacking or two. One thing is certain, and that is it will be just as hard to take your eyes off the bottom of the table, as it will be for the fight for the top four.