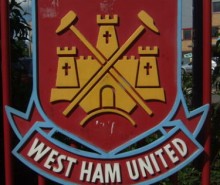 Bundesliga
West Ham United are currently in talks with FC Koln over a potential move for the 29-year-old forward Anthony Modeste. It appeared that the Frenchman was closing on
Read More

Austria
Tottenham Hotspur have confirmed the signing of Kevin Wimmer from the Bundesliga outfit FC Koln, the Spurs announced on Twitter. SIGNED: We are delighted to announce that we
Read More