Real Madrid are reportedly hopeful of landing Manchester United goalkeeper David de Gea to the Bernabeu at the end of the season.

The 26-year-old came close to joining the European champions in August 2015, but due to lack of documentation, the transfer wasn’t materialised. 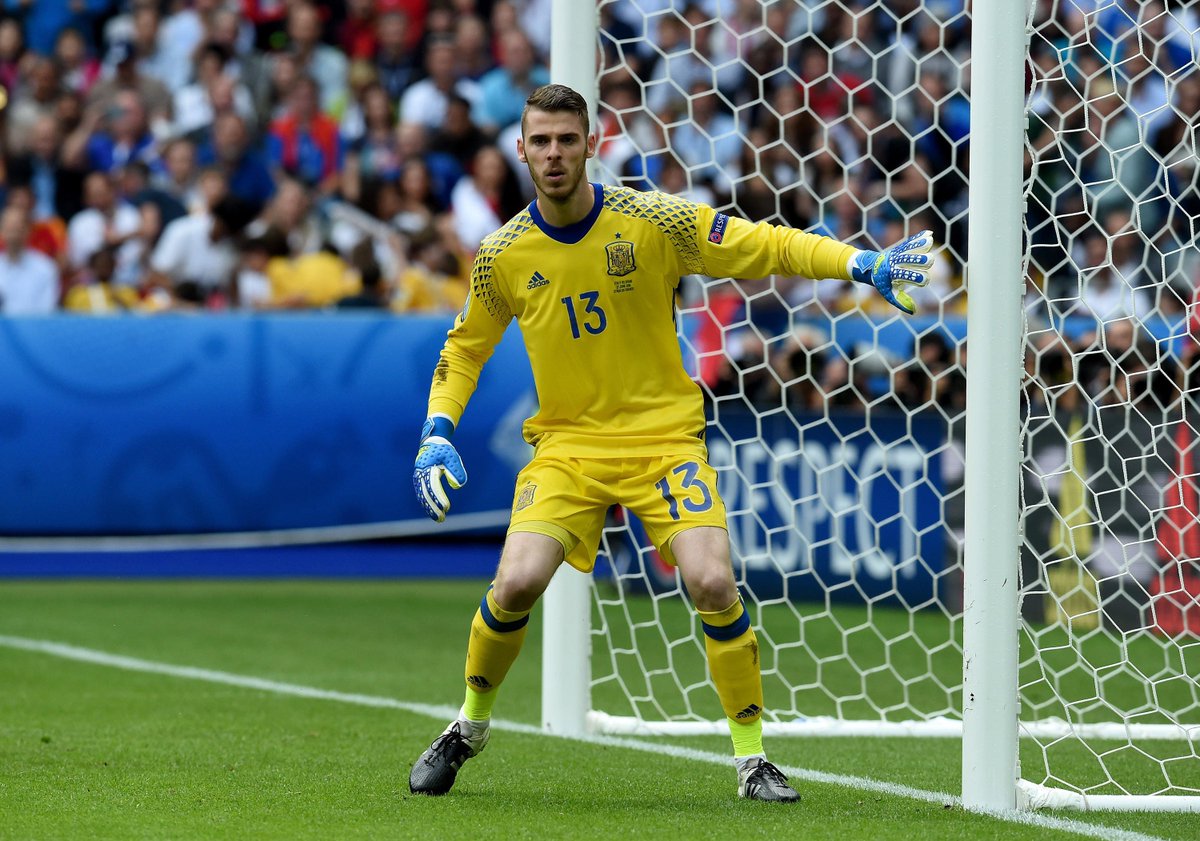 Last week, it was suggested that the Red Devils had slapped a £66m asking price on the Spain international, who has been named the Player of the Year in each of the last three Premier League seasons.

Chelsea’s Thibaut Courtois and Tottenham Hotspur’s Hugo Lloris have also been linked with Los Blancos, but according to The Mirror, De Gea remains Madrid’s NO.1 target, and the Bernabeu outfit are confident of signing the Spanish stopper in the summer transfer window.

De Gea, who is currently under contract with the 20-times English champions until June 2019, arrived Old Trafford from Atletico Madrid in 2011, established himself as one of the best goalkeepers in European football during his time in the Premier League.